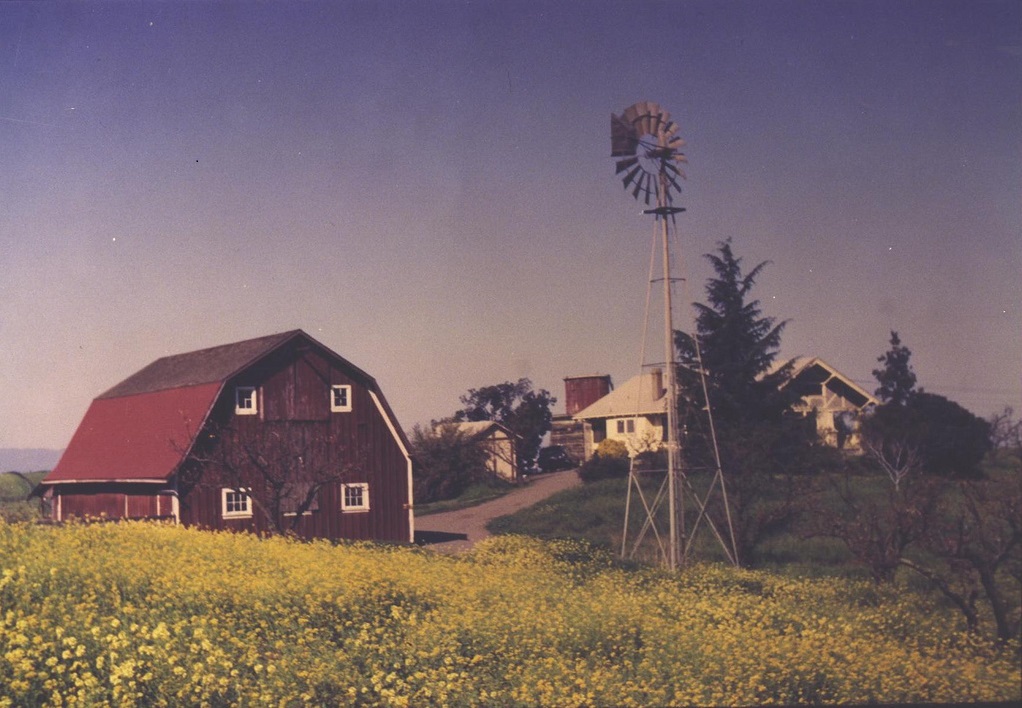 The Heritage Collection includes over 100 copies of photographs from Evergreen history including the village, schools, mining, agriculture, families from the 1800s and early 1900s and the contributions from Ohlone Indians, Mexican Americans, and other groups native to our diverse heritage. The collection also contains books, maps, newspaper articles, artwork, and memorabilia.

The collection was developed by Colleen Cortese and Vicki Atherton in the late 1980s with extensive community involvement.  It was officially donated to the College in 1991 with support from the San José-Evergreen Community College District Foundation.  Find out more about the grand opening of the Heritage Room at EVC Library in 2005 and its historical Evergreen memorabilia collection in an article of the Evergreen Times, Evergreen History Collection Finds a Permanent Home.

The Heritage Collection provides an appropriate, secure place for access to the collection by students, faculty, staff, and community members interested in the diverse heritage of our community. The room provides space for displays featuring various heritage topics and publicizes the continually growing collection.

Extend your research on Evergreen history:

California Room (at the Dr. Martin Luther King, Jr. Library): a collection of books, maps, files, and other items on California history with emphasis on the history of San José and Santa Clara County

In this collection of resources, learn about the early Native American tribes who lived in the Evergreen Valley going as far back as Pre-Colombian times.

An article by Colleen Cortese, in Evergreen Times, describing the Ohlone Indian way of life at the time of Spanish colonization.

The Muwekma Ohlone Indian Tribe website provides news, history, and photos as well as links to other Native American websites.

The website of the Amah Mutsun Tribal Band​, previously known as the San Juan band, provides information about the history and early laws of the tribe.

​​Learn ​​how settlers discovered new opportunities for growth and cleared the Valley for agriculture in the mid-1800s.

One of Our Farming Counties: Santa Clara

Article on Santa Clara County farming in Overland Monthly and Out West Magazine by John Hayes published in 1873 from sfgenealogy.org.

An article by Colleen Cortese, in the Evergreen Times, about six generations of the Mirassou family and their contributions to viticulture and winemaking in Evergreen.

The Women of Evergreen

This article, in the Evergreen Times by Colleen Cortese, tells of the items brought to Evergreen by the area's early women settlers and their use of herbs for medicinal purposes.​

Immigration to Evergreen Begins in 1850s

The history of emigration into Alta California by the Spanish and gold seekers, and the settling of Evergreen following California's statehood, written by Colleen Cortese and published in the Evergreen Times.

Learn how Evergreen Valley grew into a thriving village with the establishment of its first businesses and schools.

Chapter XXXIV includes a brief history of Evergreen in
History of Santa Clara County written by Eugene T. Sawyers, published in 1922, from sfgenealogy.org.

The Village of Evergreen

Learn ​about the ranches in Mexican California during California's land grant period in the late 1700s and how Spanish and Mexican families contributed their culture to the area.

Mexican California: The Heyday of the Ranchos

Mexican California: The Heyday of the Ranchos Historical and cultural information about California's Ranchos, including an events timeline, from the CSU Northridge website.

Life in Evergreen with Antonio Chaboya and family

A map of Santa Clara County's Spanish and Mexican ranchos, drawn by Ralph Rambo and based on research by Clyde Arbuckle, from the History San Jose Online Collections website.

The Ranchos of Santa Clara County, as listed in Grants of Land in California Made by Spanish or Mexican Authorities from the UC Berkeley Earth Sciences and Maps Library website.

Article written in 1890, published in The Century Magazine, recounts California rancho and mission life is provided by the Virtual Museum of the City of San Francisco.

Article about Spanish and Mexican private land claims in California from Grants of Land in California Made by Spanish or Mexican Authorities and link to a list of ranchos by county is provided by the UC Berkeley Earth Sciences and Maps Library website.

Colleen Cortese's article, in the Evergreen Times, presents a history of Mexican and Spanish land grants in Alta California and challenges to their validity in the California courts following statehood.

Squatters Declaration of Rights Led to Squatters War of 1861

Colleen Cortese's article in the Evergreen Times provides information from the will of Antonio Chaboya, describes the Evergreen land he owned, and recounts a Chaboya family story and tradition.

The story of the colonization of Alta California by Mexicans and the establishment of its first civil community at the Pueblo de San Jose de Guadalupe in what is now the city of San Jose, written by Colleen Cortese, published in the Evergreen Times.

The story of the Chaboya family's arrival in Alta California from Spain and their migration to Pueblo de San Jose, written by Colleen Cortese and published in the Evergreen Times.

An article in the Evergreen Times by Colleen Cortese about the arrival of Bernal family in Alta California from Mexico, their connection to the Chaboya family through marriage, and their significant land holdings in Santa Clara County.

The story of Antonio Chaboya's fight to acquire legal title to the lands of Evergreen during the Mexican Land Grant Period and to fend off subsequent claims following the signing of the Treaty of Guadalupe Hidalgo, written by Colleen Cortese, published in the Evergreen Times.